Jamie Foxx: 'Katie Holmes Is Working With Me On New Animation'

Actor Jamie Foxx Has Brushed Off Fresh Rumours Suggesting He Is Dating Katie Holmes, Revealing They Are Actually Working Together On A New Animated Project. 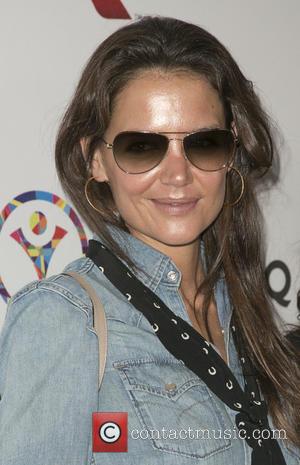 Gossip bloggers and tabloid reporters been floating claims of a romance between the Ray star and Holmes for years since her divorce from Foxx's Collateral co-star Tom Cruise in 2012, but the Oscar winner insists there is no truth to the rampant speculation as their relationship is purely professional.

He tells TMZ.com, "We're just friends. As a matter of fact, Anthony Zuiker, creator of CSI, offered us an animation project. We're working on that."

Foxx stopped short of offering up any further details about the joint project, but insisted he was not annoyed by the romance reports.

He says, "They (gossips) have been trying to do that (link them romantically) for three years. Good stories, I guess... It's just part of our lives, part of the business."