The ex-wife of Tom Cruise and his 'Collateral' co-star are said to have been more than just friends for a while now.

It’s been nearly three years since Katie Holmes’ marriage to Tom Cruise ended and following her high profile divorce the former ‘Dawson’s Creek’ star has kept understandably quiet about her love life. But according to a story in this week’s US Weekly, things have been anything but quiet for Holmes on the romance front, as she’s reportedly been seeing actor Jamie Foxx for nearly two years. 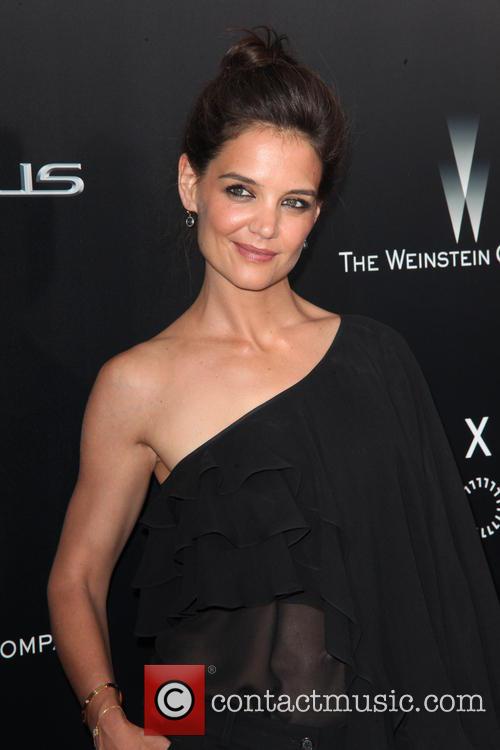 Inside the magazine a picture taken of the pair together back in February shows the undercover couple looking cosy as they hold hands and maybe even indulge in a little game of footsie. Foxx and Holmes were first rumoured to be spending time together back in October 2013, after it was reported the actor had ‘wooed’ Katie during a benefit in the Hamptons that summer.

A source, described as a mutual pal of the couple, told US weekly that Jamie is someone Katie can trust and have fun with. “She’s getting everything from Jamie that she didn't get with Tom,” the source added.

Foxx is also said to be equally taken with Katie and reportedly refers to her as “my girl". “They dance and just talk for hours,” another source told the magazine. “Katie loves that he makes her laugh. He does amazing impressions of just about anyone. It's one of his best flirting techniques.”

But although the couple have been having plenty of fun together, things aren’t said to be as serious as they might seem. “They have a blast,” a mutual friend tells Us Weekly. “She knows Jamie will never be a relationship guy, and she doesn't want that from him.”

People magazine also reports that the relationship hasn't reached the serious stage yet. “This is not some intense romance," a source told People.

More: Katie Holmes Reveals Why She Prefers A "Balanced Life" And Lacks Ambition

“Jamie and Katie are friends and have been for a long time. They are two adults who are attractive and single, and so apparently conclusions will be drawn. Contrary to those conclusions, they're not about to run off and make some serious commitment,” the source added.

Holmes will next be seen in Simon Curtis’ The Woman In Gold, opposite Ryan Reynolds and Dame Helen Mirren, while Foxx last appeared on the big screen over the summer in the Annie remake, alongside Cameron Diaz.