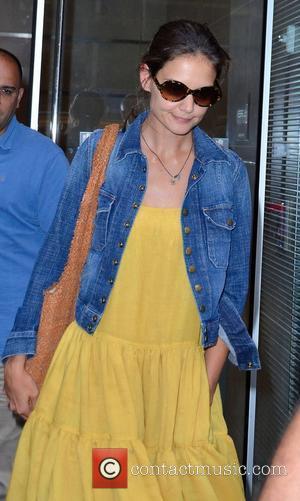 Katie Holmes has reportedly sought divorce advice from Nicole Kidman, the Australian star who was also married to Tom Cruise before eventually splitting in 2001 after 11 years together. Holmes settled her divorce from the Top Gun star over the weekend, and apparently got support from the unlikeliest of individuals.
According to US Weekly magazine, Holmes and Kidman have actually been friends since 2006 and have been talking regularly. One source said, "They've spoken over the last few weeks.Nicole has been supportive, saying she's been through it too and to hang in there". When Holmes' marriage to Cruise became beyond repair - and doubts began to set in over the wellbeing of their daughter Suri - the actress turned to Kidman for help. The insider added, "Nicole offered her support and help". The couple reached a private agreement just 11 days after Holmes filed for divorce, avoiding a potentially messy court battle, as well as any detailed exposure of the actor's alleged links to the Church of Scientology. In a joint statement released this week, the couple said, "We want to keep matters affecting our family private, and express our respect for each other's commitment to each of our respective beliefs, and support each other's roles as parents".
Meanwhile, the Los Angeles Times reports how Holmes was able to catch Cruise off-guard by moving quickly with the divorce. She reportedly used a disposable mobile phone to speak with her lawyers, eventually "blindsiding" her husband by filing papers in New York.