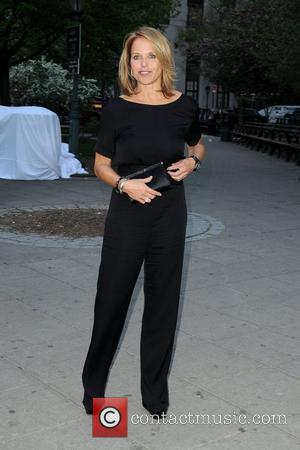 Katie Couric has risked the wrath of the PR team at Buckingham Palace by suggesting Kate Middleton is "too thin". The comments - initially reported by Usa Today - came during a question-and-answer session following a test taping of her new show 'Katie' - which is set to premiere on September 10, 2012.
According to the report, Couric spent several minutes answering questions from audience members, one of whom asked who her "dream guest" would be. The television personality apparently answers "Kate Middleton" though suggested she was getting too thin. A live blog made by Whitney English at the taping firmed up Couric's remarks, quoting her as saying, "I think it would be really interesting to interview Kate Middleton because I think she has comported herself so well since she has been thrust in the limelight.I think she needs to eat more because she's so thin". It's not clear why Couric made the remarks, considering she was recently granted exclusive access to the Royals for her ABC News Special, and the remarks will no doubt anger the Duchess of Cambridge's advisors. The subjects of weight issues and eating disorders have been a big no-no for the Royal family's PR team since Martin Bashir's infamous interview with Princess Diana in 1995, in which she revealed that she had suffered from bulimia and made herself sick after eating.
Kate Middleton was reported to have lost around 10lbs before her wedding to Prince William and certainly cut a considerably thinner figure on the big day.