But the show will no longer be weekly, instead only airing during awards season.

It seems that Kathy Griffin may have finally decided to sign on as the new host of E!’s ‘Fashion Police’. TMZ are reporting that the flame haired comedian has now been confirmed as the show’s new host, replacing the late Joan Rivers. 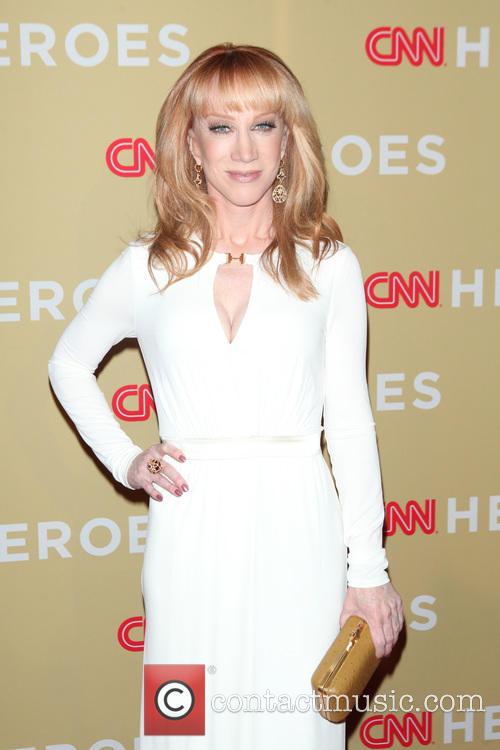 Is Kathy Griffin the new host of 'Fashion Police'?

According to the site, River’s daughter Melissa, who also serves as the series’ producer, will be joining Kathy along with returning co-hosts Giuliana Rancic and Kelly Osbourne. However it is still unclear as to whether fellow co-host George Kotsiopoulos will also stay on.

The site also reports that the show will no longer air on a weekly basis, instead it will be saved as ‘event programming’ for awards season and other special occasions.

Earlier this month Griffin revealed that she had been offered the hosting gig but wasn't sure whether she should take it. "They did offer it to me," she told Access Hollywood. Before admitting, "I don't know if the situation is correct at this time for me, or right for me at this time.”

But a source close to the show has told Us Weekly that the late Rivers had “always given her blessing to Kathy" and that she "wanted Kathy to be her successor.” "They talked about it many times," the insider said. "They have such a similar sense of humor and were the best of friends. Joan would have loved seeing Kathy on Fashion Police and she would have definitely approved.”

Rivers passed away on September 4th aged 81, following an unplanned throat procedure at a New York clinic on August 28th. Following her death E! released a statement saying they would carry on with ‘Fashion Police’, believing Joan “would have wanted the franchise to continue."