Kathy Griffin Opens Up About Replacing Joan Rivers As Host Of 'Fashion Police': "I've Been Thinking About It For A While”

The 54 year-old actress recently revealed becoming the host of 'Fashion Police' is "definitely something" she is considering as "there's an emotional tie" between herself and the late comedienne.

Since Joan Rivers tragically died this past September, there has been much speculation as to who may be replacing the late comedienne as the host of E!'s 'Fashion Police,' and earlier this month Kathy Griffin revealed she has been offered the gig. 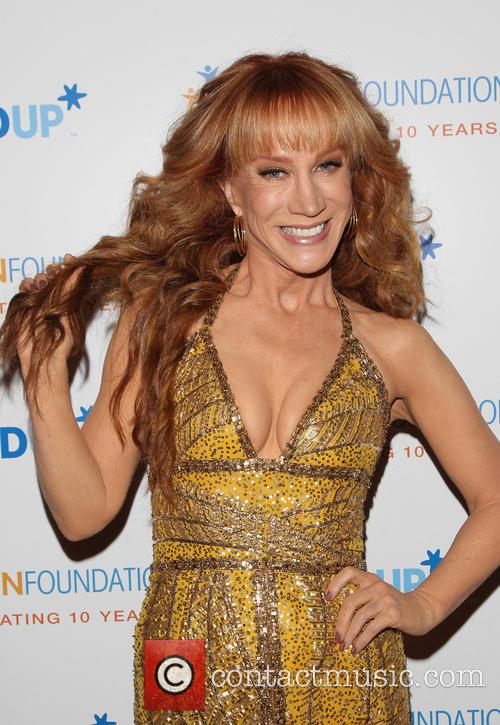 Griffin confirmed she was offered the hosting gig for 'Fashion Police'

Since then, however, there hasn't been any news on the 54 year-old accepting the hosting role, but while Griffin attended the Goldie Hawn's Inaugural Love in For Kids event in Beverly Hills Friday (Nov 21st), she implied to Us Weekly the job opportunity may be something she can't pass up.

"It's definitely something I've put a lot of thought into and obviously there's an emotional tie for me because Joan was such a good friend of mine," she told the mag. "She and I talked about it many times. She joked that no matter what, I should always get 10 percent less than she got...I've been thinking about for a while and [the producers are] thinking about it too."

While walking the event's red carpet Griffin already looked prepared to take on the new job as she began to criticise and comment on the fashion choices of her fellow celebrities.

"[I'm] ready to make some arrests tonight as a 'Fashion Police' officer, so none of these people are safe," she joked. "They're all being nice, we're all kissing each other on the cheek, but they know that if I in fact become the sheriff of Fashion Police, none of them are safe and nor should they be."

E! previously announced 'Fashion Police' will continue to air to honour Rivers, only two weeks after her death, starting with the 2015 awards season. And as this has already begun, confirmation of the show's new host should be made very soon.