The 54-year-old comedienne will start her stint as the new co-host of E!'s 'Fashion Police' on January 12th.

Early last month it was confirmed that Kathy Griffin will be replacing the late Joan Rivers, who tragically died in September, as the host of E!'s 'Fashion Police,' and as the new series' premiere approaches, the 54-year-old says she will not be trying to emulate the iconic comedienne. 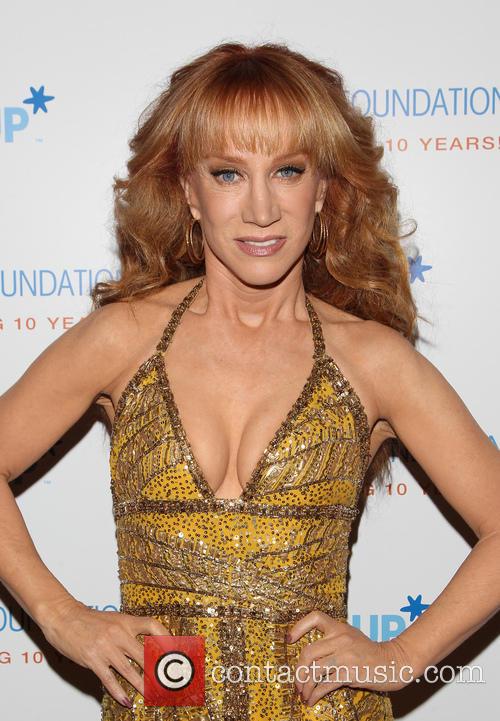 Griffin is Joan Rivers' replacement as the host of E!'s 'Fashion Police'

"[Joan] absolutely left big shoes to fill, and I'm bringing my own slippers," Griffin said on the 'Today' show on Monday (Jan 5th). "And yeah, as you know, Joan and I were great pals. And I will continue, if nothing else, in her fearless style of taking no prisoners. But our styles were different."

Griffin also explained how she will be a different sort of co-host to Rivers. "I'm a different human being," she added. "I'm more improvisational. I don't know what I'm going to say, and neither does anyone else on the panel."

More: Kathy Griffin Opens Up About Replacing Joan Rivers As Host Of 'Fashion Police': "I've Been Thinking About It For A While”

E! previously announced 'Fashion Police' will still air to honour Rivers, only two weeks after her death, starting the 2015 awards season with 17 new episodes. The first will air on Monday, January 12, while covering the Golden Globes.

And as Griffin prepares to criticise and compliment the Hollywood stars gracing the red carpets, she hopes the A-Listers will be a bit more daring with their fashion choices. "I would actually like to encourage the gentlemen and ladies to not play it so safe," she advised. "I think this could be the year where people take some risks, and I like it...I actually hope some of the ladies bring the heat for the [Golden] Globes."

She concluded by admitting her opinion may change weekly, depending on her mood. "Every week is going to change, and I change my mind, believe it or not," she said. "One week I might make fun of Gwyneth Paltrow and think she's too Goop-y. The next week I might Goop it up.