New York Magazine journalist Yashar Ali claimed that Griffin was interviewed as part of the investigation, which has still not concluded.

The fallout from Kathy Griffin’s controversial photoshoot that featured her with a severed ‘President Trump’ head is continuing, with a new claim that the comedienne was interviewed by the Secret Service.

The 56 year old star landed herself in hot water a couple of months ago when she posed for a photoshoot with celeb photographer Tyler Shields, in which she held aloft a fake ‘severed head’ of current President Donald Trump. It lost Griffin her regular gig as the host of CNN’s New Year programming, and caused a huge backlash in the U.S. as people’s opinions were divided.

Now, New York Magazine writer Yashar Ali has sensationally claimed that Griffin was interviewed and interrogated for over an hour by the Secret Service as part of the investigation, which has still not concluded. 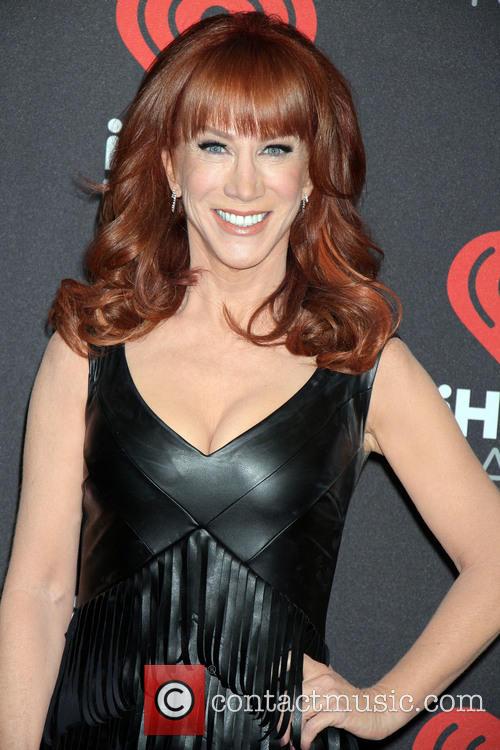 Kathy Griffin was apparently interviewed by the Secret Service

Ali wrote in a tweet on Monday (July 3rd) that Griffin “has been interviewed by the Secret Service, in-person, for over an hour… investigation still not closed.”

She is an outspoken critic of Trump and has continued to advocate against him, despite the investigation. Late in June, she tweeted: “POTUS likes to punch down. Whether it’s anchors, US Attorneys, or stand-up comics. Meanwhile, millions are about to lose health insurance.”

Griffin had initially defended the gory photoshoot as ‘art’ before climbing down and offering an apology.

“I sincerely apologize. I’m just now seeing the reaction of these images. I’m a comic; I cross the line. I move the line and then I cross it. I went way too far. The image is too disturbing. I understand how it offends people. It wasn’t funny. I get it,” she said in a video less than a week later. “I’ve made a lot of mistakes in my career. I will continue. I’ve asked your forgiveness. Taking down the image. I’m going to ask the photographer to take down the image. And I beg for your forgiveness. I went too far. I made a mistake and I was wrong.”

Later, however, she defended herself again at a press conference alongside celeb attorney Lisa Bloom, claiming that the First Family was bullying her and trying to bring down her career.

“What's happening to me has never happened ever in the history of this great country, which is that a sitting President of the United States and his grown children and the First Lady are personally, I feel, personally trying to ruin my life forever, forever,” she said. “You guys know him. He’s never going to stop.”