However, the 54 year-old comedienne admitted she was hesitant to be the late icon's successor.

Since Joan Rivers tragically died this past September, many fans of the late comedienne and E!'s 'Fashion Police' have been speculating on who could possibly be her replacement as the show's host, but one name that has always come up is the equally as feisty Kathy Griffin. 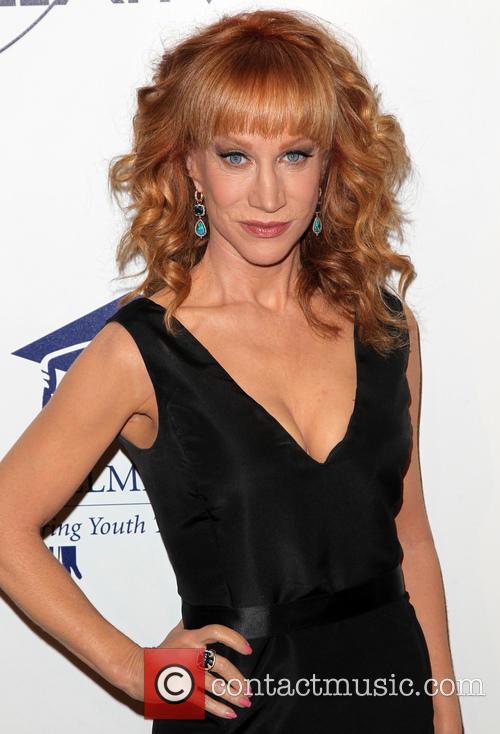 Griffin revealed she was offered the hosting gig at 'Fashion Police'

"They did offer it to me," the 54 year-old comedienne told Access Hollywood of Rivers' former gig on Tuesday (Nov 4th). However, she was very hesitant in accepting the offer. "I don't know if the situation is correct at this time for me, or right for me at this time," she admitted.

Even if Griffin takes the hosting job, she doesn't want people to forget about what Rivers brought to the show, and hopes her comedic style lives on. "I really hope they continue in the spirit of Joan's work. She brought a fearlessness and a brand of humor into our homes that we really need," she added. "Somebody's gotta be out there poking fun at the ridiculousness of all this!"

And it seems this will happen as E! Announced 'Fashion Police' will continue to air to honour Rivers, only two weeks after her death, starting with the 2015 awards season.

"We are deeply saddened by the loss of Joan Rivers and, for the last two weeks, have turned our attention to honoring her memory on all of our platforms," the network said in a statement. "We have also thought long and hard about what Joan would have wanted as it pertains to the future of Fashion Police. We decided, with Melissa Rivers' blessing, that Joan would have wanted the franchise to continue."