Kathy Griffin, in a recent stand up show, has denied there was anything untoward in her decision to leave 'Fashion Police'.

Kathy Griffin was surprised at the reaction to her decision to leave Fashion Police. The 54-year-old comedian was performing in Waterbury, Connecticut on Friday (13th March) when she expressed her incredulity at the media reaction to the news. She also played down rumours there had been any quarrels between her and the show's producers, simply stating "it just didn't work out." 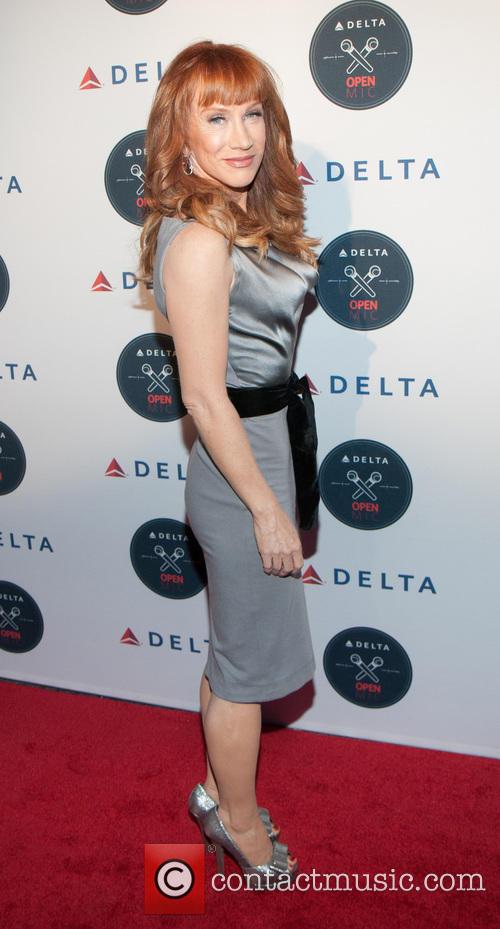 Griffin announced her departure from E!'s Fashion Police on Thursday (12th March), posting a long statement on Twitter. Although Griffin emphasised her departure was not the result of behind the scenes arguments, sources close to the show have claimed otherwise. The sources, speaking to Us Weekly, claim producers assumed Griffin would just step into Joan Rivers' shoes, not realising Griffin would be uncomfortable with adjusting her style of comedy to suit the show.

"It wasn't the relationship behind the scenes that Kathy had expected when she had stepped up to fill Joan's role," the source said. "She wasn't given the leeway to make it something that she could operate within. She's not Joan Rivers and she knows that. She's Kathy Griffin and her way of comedy wasn't able to operate within the show's structure."

Griffin has responded to rumours of disagreements and at a recent performance, documented in footage obtained by TMZ, joked about the reaction of her fellow celebrities to the news, including receiving a phone call from Cher. She claimed the whole situation had been taken out of context and blown out of proportion.

"It just didn't work out. So that's it, that's the scandal. However, Hollywood enjoys blowing something up and what's nice is that I've got support from other 'Twotters' on the Twitter and that's been nice," Griffin said.

Griffin was also able to turn her performance into a tribute to the late Joan Rivers, who co-hosted the show for four years until her death in September 2014.

"But it just didn't work out and I'm just surprised that people are so invested in this show. But I shouldn't be as Joan was so incredible and amazing and it just wasn't the right thing for me," Griffin said.