Joan Rivers' Daughter Has Accused Kathy Griffin Of Destroying Her Mother's Legacy By Replacing Her On U.s. Tv Show Fashion Police And Quitting After Less Than Two Months On Air. 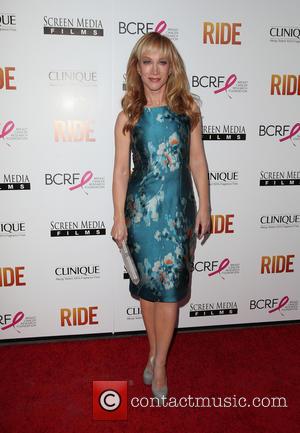 Picture: Kathy Griffin - A host of stars were photographed as they attended the Los Angeles premiere of 'Ride' which was held at the ArcLight cinema...

Griffin joined the show in January (15) to take over from regular host Rivers following her death last year (14), but the comedienne's tenure did not last long and she exited in March (15) after filming just seven episodes.

She announced her departure in a statement which appeared to criticise the premise of the show, stating, "My brand of humour, while unrepentant and unafraid, is all about context. There is plenty to make fun of in pop culture without bringing people's bodies into it... I do not want to use my comedy to contribute to a culture of unattainable perfectionism and intolerance towards difference."

However, the statement infuriated Rivers' daughter Melissa, who has now accused Griffin of being ungracious.

She tells the New York Post, "My biggest complaint was the feeling that she kind of s**t all over my mother's legacy in her statement on leaving. And I know that was not an intentional reading of it, but that's how I felt... by calling the comedy and the style of it old-fashioned. It was like, I understand what you were doing, you're trying to save yourself, but don't c**p all over my mother to do it."

The show was put on hiatus until the autumn (15) following the departure of Griffin and fellow panellist Kelly Osbourne.