Kathy Bates is the latest star to check into the AHS hotel for the horror anthology's fifth series.

The confirmed cast for the next series of 'American Horror Story' just keeps getting better, with co-creator Ryan Murphy announcing that fan favourite Kathy Bates will be returning to the show. 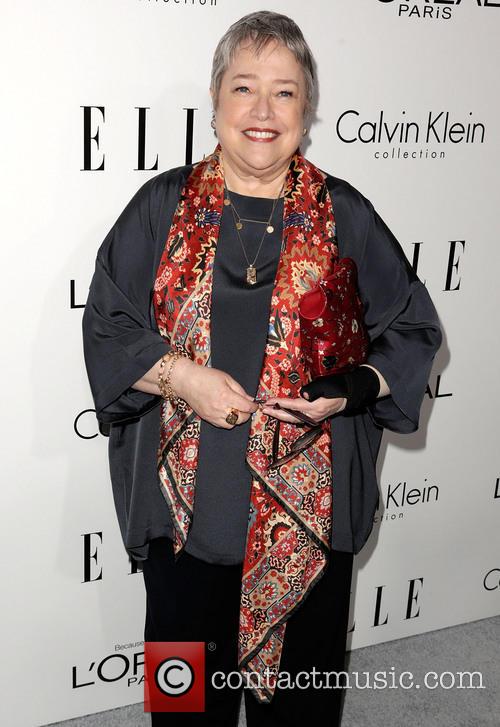 Kathy Bates is making a comeback

The Oscar-winning actress will be joining Lady Gaga, Chloe Sevigny, Matt Bomer, Cheyenne Jackson and Wes Bentley for the popular horror anthology's fifth series, which, if previous seasons are anything to go by, will be back on screens in October, just in time for Halloween.

Although little is known about the plot - other than the spooky hotel setting, of course - Ryan Murphy's Twitter announcement hints that Kathy will be in charge. But what could she have in store for her guests?

No stranger to AHS, the veteran actress played bearded lady Ethel Darling in 'American Horror Story: Freak Show', and won an Emmy for her role in 'Coven' as Madame Delphine LaLaurie. But she's perhaps best known for her terrifying portrayal of a psychopathic nurse in Misery, the 1990 thriller that also starred James Caan.

More: Chloe Sevigny confirmed for the latest series of AHS

Meanwhile, Jessica Lange recently announced that she would not be returning to 'American Horror Story' after four critically acclaimed years on the show - news that certainly left some viewers disappointed.

But horror fans do have something else to look forward to from Murphy and AHS co-creator Brad Fulchuk this year. The duo have teamed up with fellow TV writer Ian Brennan to make the comedy-horror series 'Scream Queens'. Set on a college campus rocked by a string of grisly murders, the anthology is expected to debut this autumn.