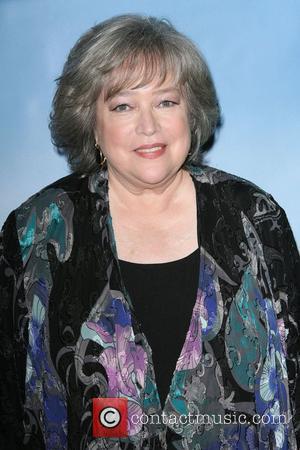 Against negative odds, David E. Kelley's Harry's Law, starring Kathy Bates, has turned out to be NBC's highest-rated show of the season -- surprising even the network's top brass, the Los Angeles Times reported today (Monday). Initially, the newspaper observed, the network decided to air only six of the 12 episodes that had been produced. "We never got The Feeling they thought we were going to be around for long," Kelley told the Times. When the show debuted with 11 million viewers and held that number in Week 2, the network reportedly sprang for the other six. Harry's Law has continued to defy the odds ever since -- including generally bad reviews and a 10 00 p.m. time period, an hour when many viewers are now looking at shows that they recorded earlier in the evening. "It's been years since we've had that number of viewers showing up at 10 p.m. on Monday," Vernon Sanders, NBC's executive vice president of current programming, told the Times.