Bates: 'I Should Have Made Cancer Battle Public' 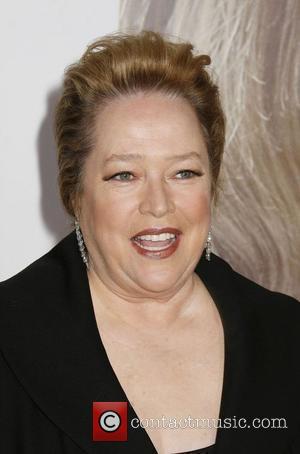 Oscar winner Kathy Bates regrets not going public with her ovarian cancer battle - because she could have helped others at the time.
The Misery star has since signed on as an Ovarian Cancer Foundation spokeswoman but she couldn't face the idea of talking about the deadly disease while she was battling it.
She says, "I shook all afternoon after I had gotten the news and I was going for more tests. I was sitting in my hospital gown and someone recognised me... I was like, 'I don't wanna talk about that now.'
"But, had I to do it over again I think I would have been more public about it... I think it may have helped more people because it's such a difficult disease to diagnose early; I was very, very lucky."
Bates has more than made up for lost time by starring in a new public service announcement aimed at helping women seek out a cancer diagnosis as early as possible.
She adds, "(I want) to spread awareness about your body and trying to stay in tune with your body and get tested when you can for anything that doesn't seem right. I have a PSA out that talks about the different symptoms you can be aware of."