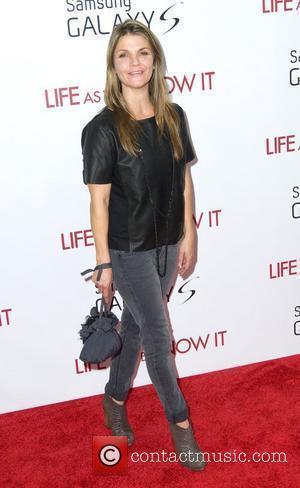 The man accused of stalking LAW & ORDER: CRIMINAL INTENT star Kathryn Erbe has been convicted.
Charles Nagel, 36, from Philadelphia, Pennsylvania, was accused of sending the actress a series of strange love letters and turning up at the set of her TV show in New York, as well as attempting to contact her via social networking websites.
His trial at Brooklyn Federal Court concluded on Friday (05Nov10) - he was acquitted of federal interstate stalking, but found guilty on a charge of stalking the star via the internet.
Erbe burst into tears when she took the stand and faced Nagel in court on Wednesday (03Nov10), after revealing he had sent messages to her teenage daughter via Facebook.com and MySpace.com.
She told the court, "This is my daughter, who is completely innocent and relatively defenceless, and I'm not going to let this happen."
Nagel later took to the stand himself to claim he is just an over-zealous fan and blamed his own children for sending the online messages to Erbe's daughter as a prank.
Following the verdict, defence lawyer Robert Datner said, "The verdict sends a chilling effect to anyone using MySpace or Facebook. I think the fact that (Erbe) is an actress may be why we're in federal court on this case."
Nagel faces up to five years in jail. He will be sentenced at a later date.