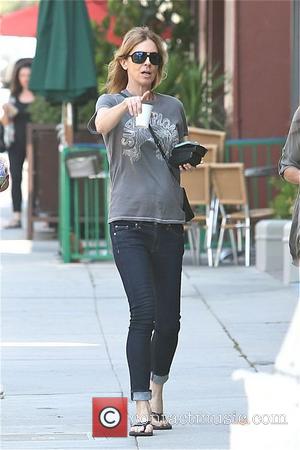 Oscar-winning filmmaker Kathryn Bigelow is urging jewellery lovers to stop buying ivory because the money they hand over for "trinkets" like pendants and bracelets is funding terrorism.

The Hurt Locker director's new animated film, Last Days, takes a hard-hitting look at the ivory trade and, as well as tackling the dwindling population of elephants, which are killed for their tusks, she has included information that links traders to terrorist attacks, like the one on the Westgate Mall in Nairobi, Kenya in 2013, which claimed the lives of 67 people.

In the film, Bigelow claims ivory traders have links to terrorist groups like the Lord's Resistance Army and Boko Haram.

Appearing on U.S. talk show Real Time With Bill Maher, she says, "What can we do...? It's a matter of stigmatising ivory, trying to curb the demand... We did it with blood diamonds, so we have to do it with this.

"One elephant is killed approximately every 15 minutes... That means about 96 a day and over 30,000 a year and at that rate, we have about 10 years left of elephant in the wild.

"This is a win-win. It's a world ethical imperative to save the elephants and it's also a question of national security."

Bigelow admits she had to make the hard-hitting Last Days film a cartoon because, "I couldn't do it live action because I can't watch an animal suffer."