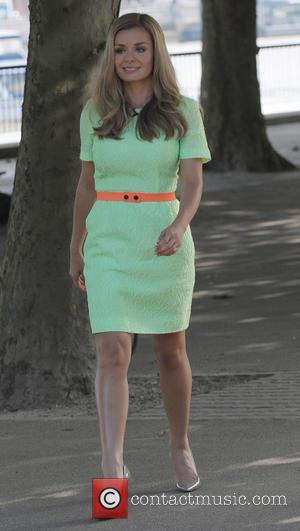 Classical singer Katherine Jenkins was on the verge of quitting life in the spotlight last year (13) amid reports of diva-like demands.

The Welsh star was left devastated by a string of reports, including allegations she threw a phone across a room and had been dumped by her record company over her behaviour.

Jenkins is adamant the rumours were untrue, but she was so hurt by the gossip that she was on the brink of walking away from her career until her mother advised to hang in there.

She tells Britain's Daily Mail, "Yes, there was a time last year when I did (want to stop). The person I was seeing in the papers was so different to the real me, I thought, 'I'm fighting a losing battle here.'... My mum (stopped me). I called her and she said, 'Come back to Wales. Have a cwtch,' which is a Welsh cuddle. She said, 'Let it pass, put your head down. It happens to everyone at some point.'

"It's out of your control. You're being presented in a way that you can't do anything about any more. It got to the point where it had taken the enjoyment out of the bit of the job I love most. And I was putting my family through a lot, having to read those things too."