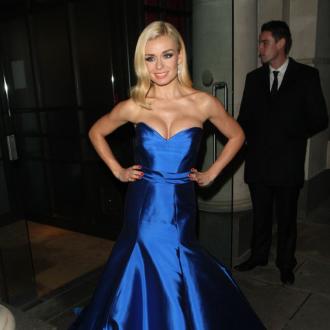 The classical singer and the US-filmaker tied the knot on Saturday (27.09.14), People.com has confirmed.

Although the welsh beauty, 34, tried to keep details of her big day under wraps, she hinted that she had finally walked down the aisle on Saturday afternoon when she thanked her Twitter followers for their ''love and support'' on her ''special day''.

She posted on the site: ''Thank you for all your love & support. It's already been such a special day & wanted to share my happiness with you.''

It was first reported the happy couple's nuptials would take place over the weekend on Friday when a source told the MailOnline that their wedding would be held at London's Hampton Court Palace.

The insider said: ''Katherine and Andrew are tying the knot on Saturday at Hampton Court Palace.

''They've been coy about the details surrounding the wedding and were keen to keep it under wraps.''

Katherine and Andrew, 37 - who are thought to have been dating since October 2013 - also announced their engagement on the social media site shortly after he proposed on April 15.

A representative for the 'Angel' singer said at the time: ''Katherine is over the moon.''