The singer revealed the baby girl's name via her Instagram page on Wednesday.

Welsh opera singer Katherine Jenkins has given birth to her first child, a daughter, who she and her husband have named Aaliyah Reign Levitas.

The 35 year old mezzo-soprano and her husband, the American artist and film director Andrew Levitas, welcomed the baby girl into the world in New York on Wednesday (September 30th). 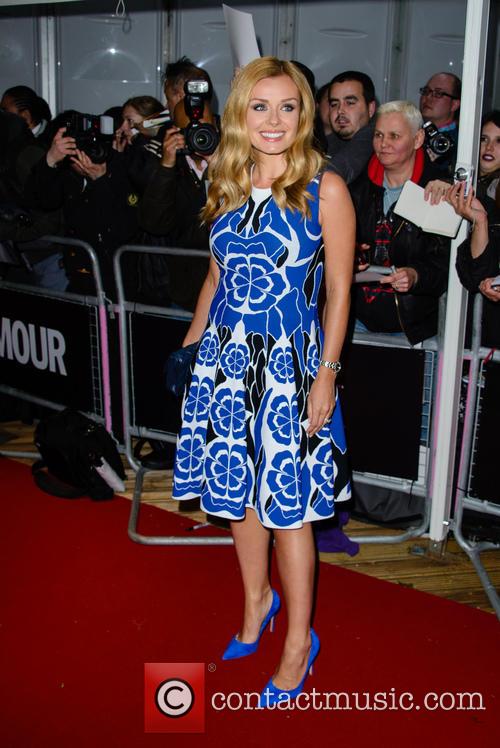 Katherine Jenkins has announced the birth of her first child

Posting a number of images of the newborn on her Instagram page, Jenkins wrote: “Introducing our daughter Aaliyah Reign Levitas, who came loudly into the world weighing almost 7lbs and surrounded by love. We are absolutely besotted with her & grateful for the beautiful blessing of this happy, healthy, little miracle. Cwtches all round.”

The pictures included a picture of their daughter’s tiny foot, as well as her hand clutching an adult’s finger. Levitas also wrote on his own social media pages: “We are absolutely besotted with her & grateful for the beautiful blessing of this happy, healthy, little miracle. Mummy is recovering well and Daddy couldn't be prouder of his two gorgeous princesses.”

Back in April this year, Jenkins had announced to MailOnline that she and her husband were expecting their first child in the autumn, sharing the news with her fans by posting a picture of a tiny pair of ballet shoes.

She and Levitas began dating in February 2014, getting engaged just two months later and then married at Hampton Court Palace in September that year. While Jenkins has always said that her children would come first when she has them, she has already announced plans to resume her singing career in the new year after a number of months of maternity leave.

She told the Daily Post in July: “I will be back next year and 2016 is already looking like it's going to be absolutely amazing and very exciting.”

More: Katherine Jenkins says that her voice has improved now that she’s pregnant