Dancing With The Stars Line-up Revealed 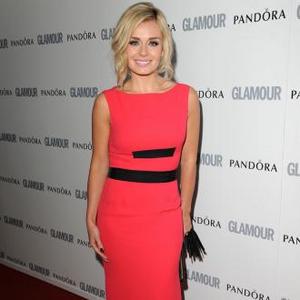 Joining the trio of famous faces when the 14th season of the celebrity dance competition hits screens on March 19 will be singers Gladys Knight and Gavin Degraw, Disney star Roshon Fegan and Melissa Gilbert, the actress who played Laura Ingalls in 'Little House On The Prairie'.

However, Jaleel - who starred as Steven Urkel in 80s series 'Family Matters' - admitted it was his mother who persuaded him to take part in the ABC show.

He said: ''She was like, 'Boy, they're going to pay you to go learn how to dance? If you turn that down, don't even bring your butt home for Thanksgiving'.''

Meanwhile, Welsh singer Katherine - who is partnered alongside Mark Ballas - explained she is already ''a little nervous'' about her 'Dancing with the Stars' debut.

She recently said: ''While I am so excited to be part of the show, I am a little nervous because I don't yet know what I am letting myself in for.

''This is something out of my comfort zone, it will be a challenge and hopefully something I will enjoy. I am ready for a challenge. I just hope I am physically up for the challenge.''