Dancing With The Stars: Katherine Jenkins Loses Despite Perfect Score 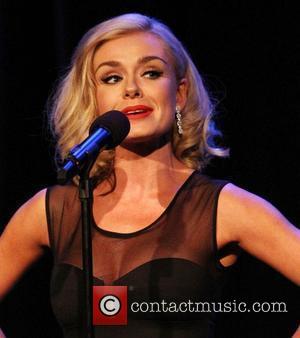 Katherine Jenkins may have won herself a whole new American fan base but she hasn't managed to win the Dancing With The Stars title. The Welsh opera singer was gracious in defeat and walked away happy with her runner-up status. The 31 year-old congratulated Donald Diver on his win and told viewers that she had cherished her time on the show, saying "it's been an absolute dream" before her dance partner Mark Ballas described her as "an angel."

Jenkins had started out in the competition as something of an underdog, on virtue of being relatively unknown in the USA. Relying on winning over the audience with her personality and, of course, her hastily-acquired dance skills, Jenkins was, in many ways, a huge success. She might not have managed to charm her way to taking the trophy home, but she still achieved a perfect score of 90 points over the two finale shows. It just wasn't enough, somehow, for the public vote. Once the show was over, she tweeted "Being runner up on DWTS feels pretty amazing...Thanku to all who voted to put us 2nd! I never would have thought this possible at the start!' She was quick to thank her professional partner Ballas as well, saying "And of course, no matter what, a humongous Thanku to my partner MarkBallas for his patience, hard work & above all, great sense of humour!"

There are no hard feelings between Katherine and Donald though. They both hopped on a private jet, after the show, to appear on Good Morning America and the victorious pair were snapped celebrating together.