Janet Jackson reportedly slapped her niece Paris Jackson and called her a ''spoiled little b***h'' in an altercation at her mother Katherine's home in Calabasas on Monday (23.07.12). 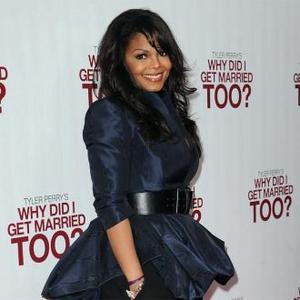 Janet Jackson reportedly slapped her niece Paris during an altercation at Katherine Jackson's house on Monday (23.07.12).

Randy, Jermaine and Janet Jackson - siblings of the late 'Thriller' singer Michael Jackson - arrived at their mother's home in Calabasas to take Michael's children Prince Michael, 15, Paris, 14, and 'Blanket', 10, to Arizona where Katherine is currently staying.

However, the children defied the decisions of their family, causing Janet to slap Paris and, according to TMZ.com, call her a ''spoiled little b***h''.

Paris fired back by hitting her aunt, saying: ''This is our house, not the Jackson family house. Get the f**k out.''

Trent Jackson, one of Michael's cousins who was looking after the children while Katherine was in Arizona, also got into an altercation with Jermaine and Randy, at one point getting Randy into a headlock.

He also reportedly punched Jermaine in the mouth.

Paris has also revealed on twitter she has a ''lot going on'' at the moment.

The children are believed to have had their security increased following the incident, as Trent is concerned for their safety.

A source said earlier this week: ''After this debacle, Trent decided that Paris, Prince and Blanket needed extra protection from Jermaine, Randy and Janet. He doesn't want Michael's kids snatched from the home - so he's told security at The Front gate to refuse entry to all that aren't invited.

''Trent also felt it was in the kids' best interests to make sure they have extra bodyguards with them at all times whenever they are out of the house.

''He's very concerned that an elaborate kidnap could be planned.''