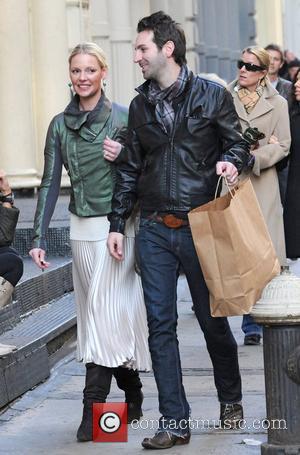 Raising the question, who needs Netflix when you've got Facebook, Warner Bros. on Sunday added five more films that can be rented via their Facebook pages using $3-4 worth of Facebook Credits (which can be purchased not only via credit cards and PayPal but also via mobile phone accounts). Significantly, one of the films, Yogi Bear, was just released on DVD and Blu-ray disc last week. Another, Life as We Know It, starring Katherine Heigl and Josh Duhamel, was released on Home Video last month. The three others, two Harry Potter movies, Sorcerer's Stone and Chamber of Secrets , and Christopher Nolan's Inception, boast "two of the most popular and active communities" on Facebook, noted Thomas Gewecke, president of Warner Bros. Digital Distribution. None of the titles is available for online streaming from Netflix, although all except Yogi Bear can be rented from Netflix as part of its mail service. Pricing on Facebook is still significantly higher than Netflix's $8 a month for an unlimited number of movies or Redbox's $1-a-night (but chances are you'll have to pay an additional $2 for gas just to pick up and return the disc from a Redbox kiosk). Meanwhile, the Hollywood Reporter reported over the weekend that Netflix is close to a deal with Miramax that would give it access to over 700 films from the studio's library. The Deal reportedly is worth about $100 million.