Katherine Heigl's eldest daughter Naleigh, five, used to give her advice when they her and husband Josh Kelley adopted their second baby. 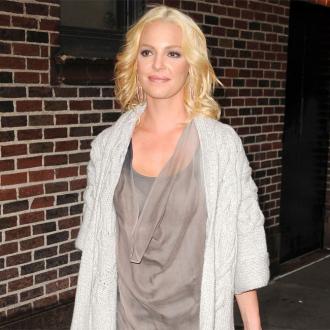 Katherine Heigl's five-year-old daughter gave her parenting tips after they welcomed her sister Adalaide into the family.

The 35-year-old actress raises two children with husband Josh Kelley, who she married in December 2007, and her eldest child Naleigh ''immediately'' gave her parents advice on how to feed, change and swaddle little Adalaide, now two, when they adopted her in April 2012.

Speaking on US chat show 'The Talk', she explained: ''She's such a good big sister. She is such a princess, and she loves babies and she loves playing little mommy. Right when Adalaide came to us - we got her when she was five days old - we flew home with her.

Katherine also revealed Naleigh is very generous and even sacrifices her own treats to make her little sister happy.

The '27 Dresses' star added: ''She will give her treat up to make Natalie happy, she will give her her toy to make her happy. I'm really trying to foster that relationship because it's so special.''