Katherine Heigl has signed up to star in independent comedy 'Jenny's Wedding', playing a character whose impending marriage causes major changes in her family. 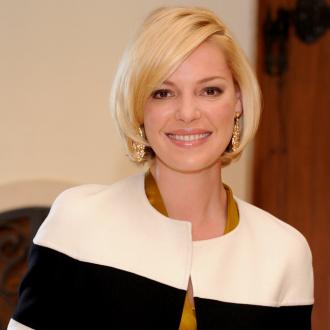 The actress - who rose to fame as Dr. Izzie Stevens in 'Grey's Anatomy' - is to play the titular character, Jenny, whose impending marriage leads to major changes in the dynamic of her close-knit, highly conventional family.

Heigl will be working alongside Tom Wilkinson and Linda Emond in the film, written and directed by Mary Agnes Donoghue.

Wilkinson, who played Carmine Falcone in 2005 movie 'Batman Begins', will take on the role of Jenny's father, whilst Edmond will play the part of her mother.

Oscar-winning actress Meryl Streep's daughter Grace Gummer - who has roles in TV series 'Zero Hour' and 'The Newsroom' under her belt - will also star in the film.

Producer Michelle Manning said: ''I am proud to bring writer/director Mary Agnes Donoghue's poignant story to life. Her vision of the family dynamic is unique, inspiring and highly entertaining, and we couldn't have assembled a better cast to bring the complexities of these characters to life, in what will surely make a highly impactful and very commercial film that will strike a chord with audiences everywhere.''

Heigl has previously starred in a number of other comedies including 'Knocked Up', '27 Dresses' and 'The Ugly Truth'.

She will next appear in 'North of Hell' alongside Patrick Wilson.

Filming will commence on October 28.