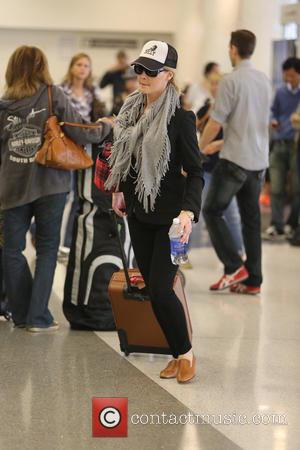 Animal lover Katherine Heigl is spearheading a new campaign to find two special stray dogs a home in Los Angeles after the pups were rescued from the streets of Sochi, Russia.

The ladies met Fedotowsky at Lax airport in Los Angeles on Saturday (22Feb14) as she flew back from Russia with the dogs she fell in love with, and Heigl admitted to People.com that she was a little nervous about the pooch's health.

She said, "Sochi hasn't eaten in 15 hours and is throwing up, so we are hoping that it's just from the travel... We haven't done this before. We haven't done a rescue from another country. I'm nervous for the dogs. It's an awfully long flight. I'm hoping it's the beginning of the good life to come."

Heigl, who has seven dogs of her own, tells the website that Sochi has been diagnosed with canine parvovirus and will be receiving treatment and Adler has a cough.