John Turturro, Katherine Borowitz and Diego Turturro - John Turturro and his family were spotted boating and swimming off the coast of Taormina on the island of Sicily, Italy - Taormina, Italy - Friday 20th June 2014 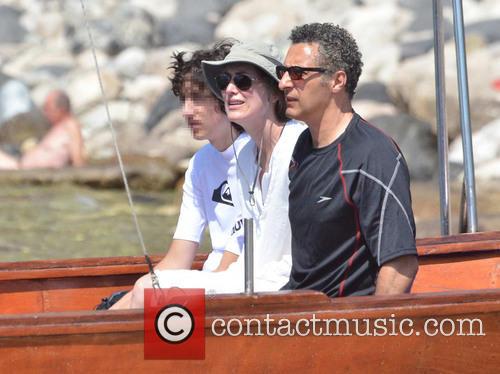 The Coen Brothers need little introduction, their career up to this point speaks for its self, they've directed some of the the 90's and 00'most memorable movies, including Fargo, The Big Lebowski and their most recent hit Burn After Reading. The duo now bring us A Serious Man, Larry Nidus is a good and loving man, a university professor with a wife and children. When his wife approaches Larry asking for a divorce without giving him a valid reason, it begins a downward spiral in his life. Larry learns his wife has a new partner and that he's also facing disciplinary proceedings at work following a series of anonymous letters accusing the professor of various treacheries Larry's life has seen better times. Not everyone's life has a silver lining, sometimes it really just is that bad.