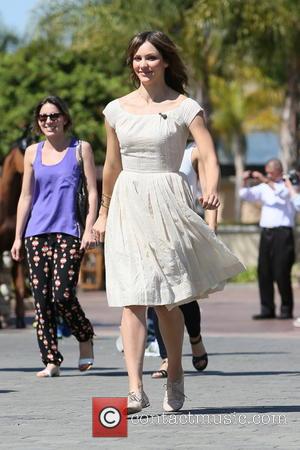 Actress Katharine Mcphee has kept fans guessing about the state of her union after she was spotted shooting a Tv show on Monday (14Apr14) without her wedding ring.

The Smash star made headlines last October (13) when she was snapped kissing Michael Morris, the musical show's director.

It was believed she had quietly separated from husband Nick Cokas earlier in 2013, but reports last month (Mar14) suggested the pair had reunited and were working on their marriage.

However, while the actress filmed a segment for U.S. Tv show Extra in Los Angeles on Monday, eagle-eyed fans spotted that she was missing her wedding band.