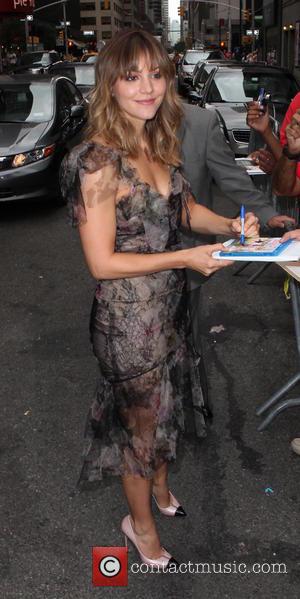 Actress/singer Katharine Mcphee is moving on from her broken marriage to Nick Cokas by reportedly dating her new Tv co-star Elyes Gabel.

The star filed to end her six-year union to producer Cokas in May (14), seven months after she was caught kissing her married Smash director Michael Morris, and now she has reportedly found comfort in the arms of British World War Z actor Gabel, according to UsMagazine.com.

A source tells the publication the rumoured new couple was "inseparable" during a private premiere for the new Tv drama Scorpion last week (ends26Sep14) and appeared "cosy all night".

The pair has yet to comment on the report.