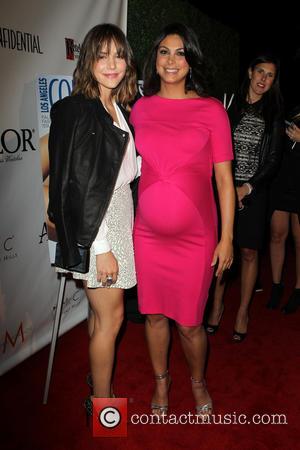 Katharine Mcphee and Michael Morris were spotted locking lips in broad daylight following a cosy lunch date in Los Angeles this month, with a photo from the intimate moment being caught on camera and published on the web by TMZ. The ensuing scandal has already wrecked Morris' home life and may also gravely affect both his and McPhee's career, after Morris dropped out of a directing job for a future TV pilot and McPhee's reputation as a 'golden girl' now looks to be in tatters.

As reported by Page Six this Thursday (24 Oct.), Morris’ wife of ten years and the mother of their three children, Mary McCormack, kicked her cheating spouse out of their home last Saturday (19 Oct.). Since it was reported that Morris as been kicked out of his family home, Deadline reported that he has also been ousted from the directors chair on the planned E! pilot called Songbyrd. The planned pilot would have seen Morris re-team with Smash! executive producers Craig Zadan and Neil Meron - the show he met and directed McPhee on during it's failed run - however in the light of the recent scandal Morris has fallen out of favour with the production team.

With Morris' carrer falling apart at the seams, McPhee's budding acting career could also suffer as a result of the scandal. At least this is what PR Director Jamie Krauss believes. Krauss recently spoke with Fox about the affair and how McPhee could have resigned herself into acting obscurity - and could also ruin her singing caeer - as a result of the affair. He said, “This probably won’t affect Katharine McPhee’s sales or her ability to get roles in the near future but her likability factor will be seriously tarnished. When female stars act as home wreckers , the American public, but particularly women, tend to sour to them very fast. Look at Kristen Stewart or Leann Rimes or even Angelina Jolie. All of them took a lot of heat for their famous affairs.”

Still, while Morris looks set to join the ranks of Rupert Sanders in the realms of men who have seen their lives shattered by extramarital affairs, McPhee may actually benefit from the scandal, providing it boosts her celebrity status. But in order to see her stock rise rather that plummet, Krauss reckons she needs to come clean about what happened and give her side of the story first.

"It’s always important to be ahead of a story you don’t want to let the rumor mill run wild but the problem is and why everyone is so upset is because even though she was apparently separated from her husband and has been for about six months," he continued. He went on, discussing how Mary McCormack might benefit from the scandal too, saying, “A cheating scandal in Hollywood can really go both ways. For someone like Katharine McPhee it probably will be damaged by this but Michael Morris’ wife, Mary, might actually benefit so there’s a glimmer of hope for her. Look at Sandra Bullock." 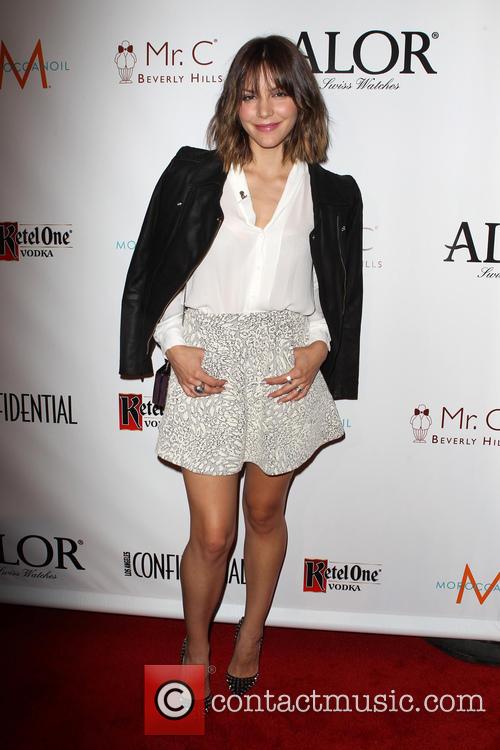 The scandal could make or break McPhee's career 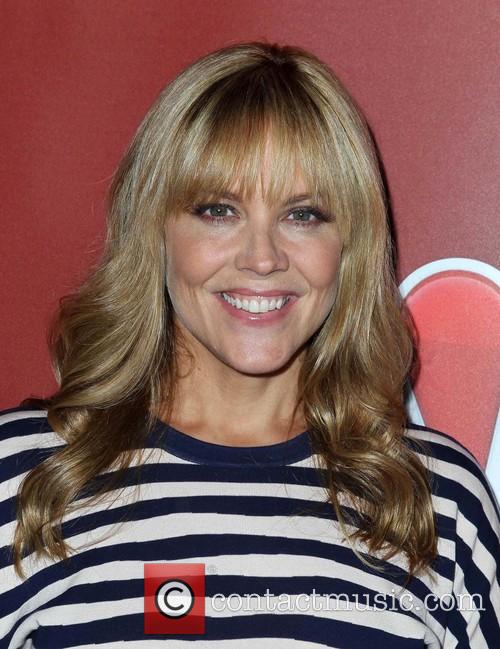 Mary McCormack could benefit, professionally at least, from the scandal too