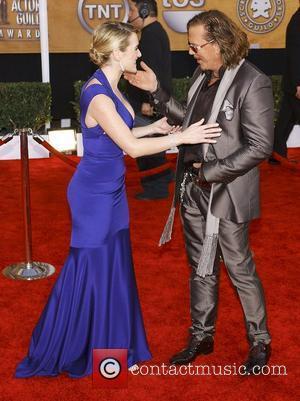 Actress Kate Winslet upset her children while she was practising for new movie THE READER - by reading them bedtime stories in a German accent. The British star has won a Golden Globe award and an Oscar nomination for her role as a Nazi concentration camp guard in the film.
And Winslet decided to perfect her accent for the film by using it in her everyday life.
But her bizarre antics baffled her two children, Mia, eight, by ex-husband Jim Threapleton, and Joe, five, with current partner Sam Mendes.
Winslet says, "They got mightily fed up with me reading bedtime stories with a German accent. They said, 'Mum, just be plain. Don't do any funny stuff like voices. Just be regular.' Then I had to say, 'But, I'm not regular and I'm never going to be regular. When you're a teenager you're going to know that it's cool.'"