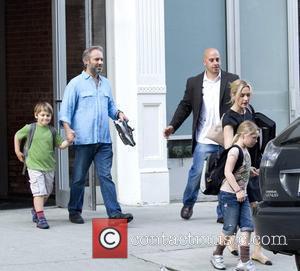 Kate Winslet has lent her voice to a new animal-rights campaign urging the public to boycott foie gras.
The Titanic actress provides the commentary for a new promo by People for the Ethical Treatment of Animals (PETA), which documents the terrible conditions put in place to make the dish - which is made from the livers of fattened ducks.
PETA operatives went undercover at a foie gras farm to film the lives of ducks and geese as they are force-fed so their livers can be used as a restaurant delicacy.
And Winslet insists it's time diners realised the "terrifying and painful" ordeal the birds endure to cater for their expensive tastes.
She says, "Foie gras is sold as an expensive 'delicacy' in some restaurants and shops, but no one pays a higher price for foie gras than the ducks and geese who are abused and killed to make it.
"This is a terrifying and painful process for the birds, who have no semblance of a normal life and know that several times a day a tube will be rammed down their throats. Please join us in helping ducks and geese by pledging never to eat foie gras."
The actress isn't the first star to throw their weight behind an anti-foie gras campaign - in February (10) vegetarian singer Leona Lewis threatened to snub the the BRIT Awards in London if organisers didn't remove the dish from the event's menu.