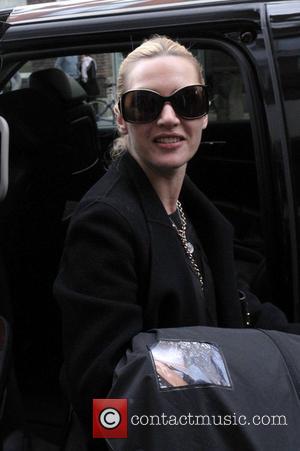 British actress Kate Winslet is convinced growing up as an overweight teenager has scarred her for life - because she still always feels like the "fat kid".
Winslet struggled with her weight throughout her youth and insists her battle with the bulge led to deep-rooted insecurities which have plagued her throughout her acting career.
She tells Vanity Fair magazine, "I was fat. I didn't know any fat famous actresses. I just did not see myself in that world at all.
"Once a fat kid, always a fat kid. Because you always think that you just look a little bit wrong or a little bit different from everyone else.
"And I still sort of have that. I often look at women who wear great jeans and high heels and nice little T-shirts wandering around the city and I think, I should make more of an effort. I should look like that."