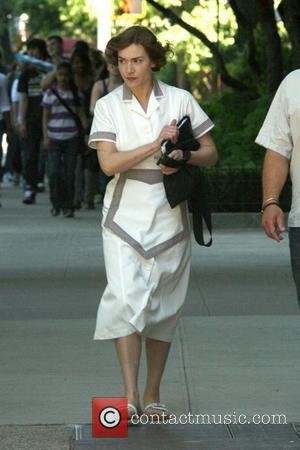 Actress Kate Winslet and director Sam Mendes are attempting to save their marriage with a romantic summer break, according to a U.K. report.
The stars made headlines when they announced in March (10) that their seven-year marriage had come to an end earlier this year (10).
The split seemed to be amicable - both of them stepped out together for a family day out with their six-year-old son Joe and Mia Honey, Winslet's nine-year-old daughter from her first marriage to Jim Threapleton, just weeks after the news was announced.
And the former couple is reportedly planning to take time out of the spotlight to head to their Gloucestershire, England manor house to work on their relationship - in the hope they can find "the spark" in their romance again.
A source tells Britain's Sunday Express, "Sam hasn't any film commitments at the moment so they are going to stay at the house with the children this summer and see if they can reignite their spark.
"Sam has always been able to walk away from girlfriends before but now there are children involved he wants to see if he can work it out with Kate."