Winslet Got Over Weight Issues Thanks To Dicaprio 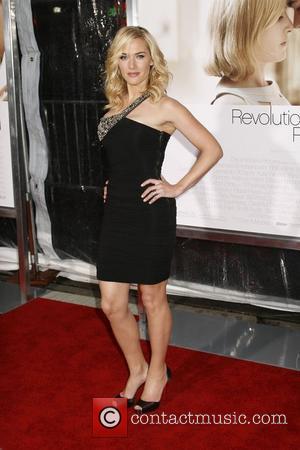 Actress Kate Winslet has credited Leonardo Dicaprio with helping her get over her weight issues - after he confronted her 10 years ago on the set of their film TITANIC.
The pair teamed up for the first time since the 1997 blockbuster for new movie Revolutionary Road.
Winslet is adamant DiCaprio's pep talk on the set of the disaster movie helped her come to terms with her body issues.
But she admits she still struggles to deal with superstardom, more than a decade after the pair first teamed up.
Winslet says, "I'm still coming to terms with (fame) to be honest. I knew from when I was very, very young I wanted to be an actress. I certainly didn't think it meant making films because to me that was something Judy Garland did.
"As a child, I was overweight and I was very chubby and I was always the wrong kid at the audition because my hair was wrong and the shoes didn't fit. I did loose weight very sensibility when I was younger but those says are very much behind me."
Turning to DiCaprio, she adds, "I remember you saying to me one day, 'You've really got to let the whole fat girl thing go'. And that's the truth, you're right."