The Reader Is 'Worst Holocaust Film Ever Made' 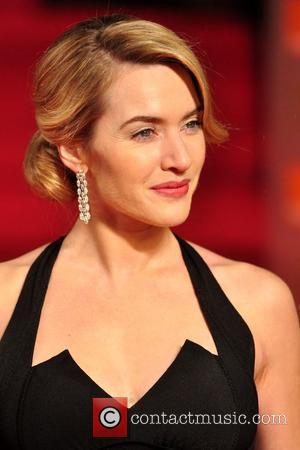 Kate Winslet's Oscar-nominated performance in THE READER has been slammed by a Holocaust expert, who is calling for the film to be ignored at the forthcoming Academy Awards ceremony.
The British actress tackled the role of Hanna Schmitz; an illiterate Auschwitz guard who is put on trial for horrific war crimes.
Winslet has been highly praised for her work in the movie - picking up a Golden Globe and a Bafta award for the part. She is highly tipped to take home the Best Actress trophy at the Oscars ceremony next weekend (22Feb09).
But Ron Rosenbaum, a journalist who wrote the critically acclaimed book Explaining Hitler, has slammed The Reader - branding it the "the worst Holocaust film ever made".
In a damning article in online magazine Slate, Rosenbaum writes, "This is a film whose essential metaphorical thrust is to exculpate Nazi-era Germans from knowing complicity in the Final Solution."
He also suggests the movie sympathises too much with Winslet's character, and persuades the audience to feel as though "illiteracy is something more to be ashamed of than participating in mass murder".