Will she be adding another Oscar to her guest bathroom?

After a series of demanding roles, Kate Winslet was looking forward to taking a holiday when she heard about the new Steve Jobs movie. "I was filming The Dressmaker in Australia in the middle of absolutely nowhere," she says. "And the hair-and-makeup artist was someone who I'd known for a while. We were chatting about what we were doing next. I was coming up on a break, which I was quite looking forward to. And this lovely woman, she said to me, 'It's quite exciting actually, because Danny Boyle wants me to go and work on this movie about Steve Jobs with Michael Fassbender.' She said it was written by Aaron Sorkin, so I'm all ears about how it's written in three acts, with each act focusing on the launch of a different product. And finally I say, 'So, what's the girl part'" And she says, 'She's brilliant, it's this fantastic woman, this feisty Polish-Armenian immigrant.' And I'm going, 'Who's playing that part?' And we both kind of looked at each other, and she went, 'Oh my God!' So we set off on this very strange mission to get me this job!" 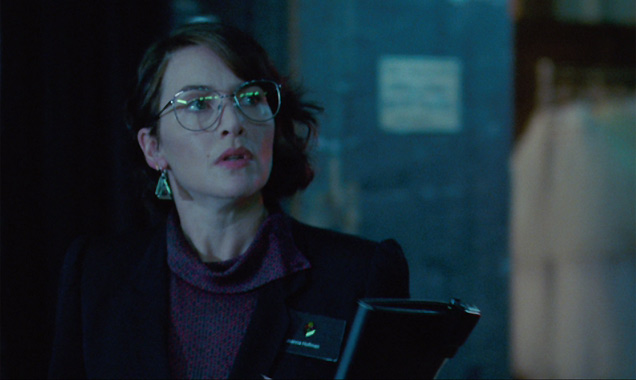 Little over a month later she was on-set rehearsing the role of Joanna Hoffman, Jobs' marketing expert. To prepare for the film, Winslet spent time with Hoffman herself. "She has a softness to her," Winslet says. "She came to America as a young woman and achieved a great deal. One thing that was unique about her as a figure in Steve's life was that she didn't need anything from him. She just needed for him to be the best version of himself. And that's what really set their relationship apart from any relationship with all his other colleagues."


And Winslet has strong opinions about the role of social media, banning its use in her home with her husband and three children. "It has a huge impact on young women's self-esteem, because all they ever do is design themselves for people to like them," she says. "And what comes along with that? Eating disorders. And that makes my blood boil. And is the reason we don't have any social media in our house."

She also notoriously keeps her Oscar in her guest bathroom, so friends can practice their acceptance speeches in private. "The whole point is for everybody to pick it up and go, 'I'd like to thank my son and my dad,'" she laughs. "And you can always tell when someone has, because they're in there a little bit longer after they flushed. They'll come out looking slightly pink-cheeked. It's hysterical."