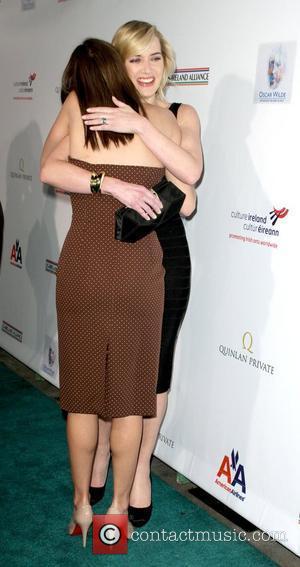 Nominated for an Academy award for the sixth time, the 33-year-old finally claimed a statuette at the Kodak Theatre in Los Angeles for her portrayal of concentration camp guard Hanna Schmitz.

"I'd be lying if I haven't made a version of this speech before I was eight years old in the bathroom mirror with a shampoo bottle. And it's not a shampoo bottle now!" the Titanic star said as she followed her BAFTA and Golden Globe awards with an Oscar.

"Stephen, working with you is an experience I will never forget," Winslet said of Daldry, Oscar-nominated director of The Reader.

Sean Penn was named best actor for his portrayal of a groundbreaking gay politician in Milk.