In the heist thriller Triple 9, Kate Winslet is almost unrecognisable as the fearsome Irina, a ruthless Russian-Israeli mobster.

This was her first chance to play a proper villain (her baddie in the Divergent series is more nuanced), and she threw herself into it.

"It's nothing like anything I've ever done before," she says. "Also, when I made this film I had just had a baby. And I have to be honest: just from an acting standpoint, I wanted a short, sharp jolt back into reality. I wanted to feel terrified, I wanted to feel out of my comfort zone and to work with a great group of people." 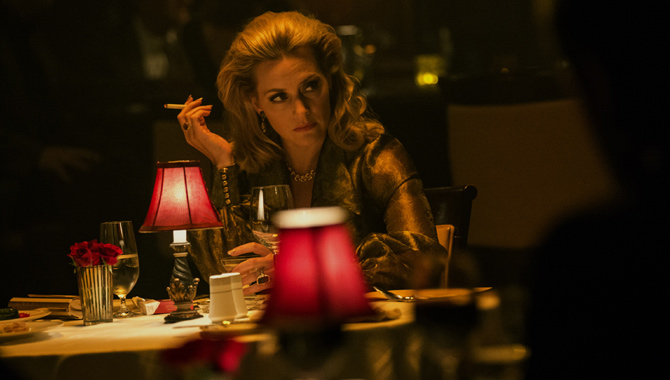 The challenge of playing this role was too good to resist. "It was one of those very rare situations for me as an actor where I couldn't identify with any of this woman at all," Winslet says. "I certainly couldn't empathise with anything she wore or her hair! She had to look as though she believed she was put-together and well-dressed and a woman of wealth, when actually she looked like a trashy slut! Nails just a little bit too long, the colour not really that nice, the hair just a bit too high, two inches of re-growth, red boots with red tights, with a red coat. But it was fun, it was really fun."

Instead of trying to find something redeemable in the character, Winslet tried to offer hints about the woman under the surface. "She is an outright villain, absolutely evil through and through," she laughs. "She's pretty horrific! So I looked for moments where we got to see a woman who was capable of being a a wife and a mother. That helped me anchor the role in something. But it was mostly being quite mean to people!"

Winslet's son Bear is now 2, but was only 6 months old when she shot Triple 9. "Playing Irina was a short, sharp jolt of reality, that's for sure," she says. "Afterwards, all I wanted to do was go home and sing nursery rhymes. I wanted to be a good person again, you know?"

Does that mean she doesn't want to play another villain? "It didn't feel comfortable in any way shape or form," she says. "But yeah, I'd love to!"

Watch the trailer for Triple 9: