British Actress Kate Winslet Has No Plans To Join The Star-studded Passenger List On A Trip To Space. 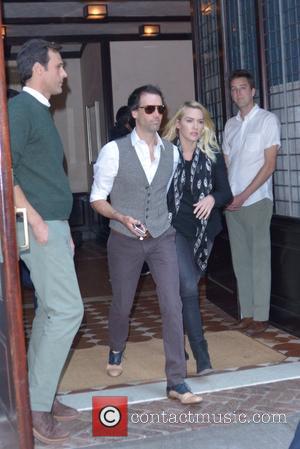 The Titanic star is married to Ned Rocknroll, the nephew of Virgin mogul Richard Branson, the brains behind the Virgin Galactic space project.

A number of high-profile wannabe astronauts have signed up to take part when the company launches tourist flights, including Ashton Kutcher, Leonardo Dicaprio and Lady Gaga.

However, Kate has no intention of taking part in the project despite the family connection.

"I'm not remotely against people going into space," she tells Esquire magazine. "But I don't want to go there. Nope. I'm quite happy down here. Being in an aeroplane is challenging enough."

Kate and Ned wed in 2012 and they welcomed their first child together, a son named Bear, a year later (13), while she also has a teenage daughter named Mia from her first marriage to director Jim Threapleton.

Her second husband, filmmaker Sam Mendes, is the father of her other son, Joe.