Winslet was asked about Jennifer Lawrence's recent essay about the gender divide in terms of pay in the movie industry.

The gender pay gap in the movie industry may be one of the hot issues of the moment ever since Jennifer Lawrence’s famous essay on the subject, but Kate Winslet reckons that it’s not particularly becoming of her female colleagues to speak so openly about it.

“I'm having such a problem with these conversations,” the actress said in a new interview when the topic of male actors being paid more than females for roles of the same profile was raised. “I understand why they are coming up but maybe it's a British thing. I don't like talking about money; it's a bit vulgar isn't it?” 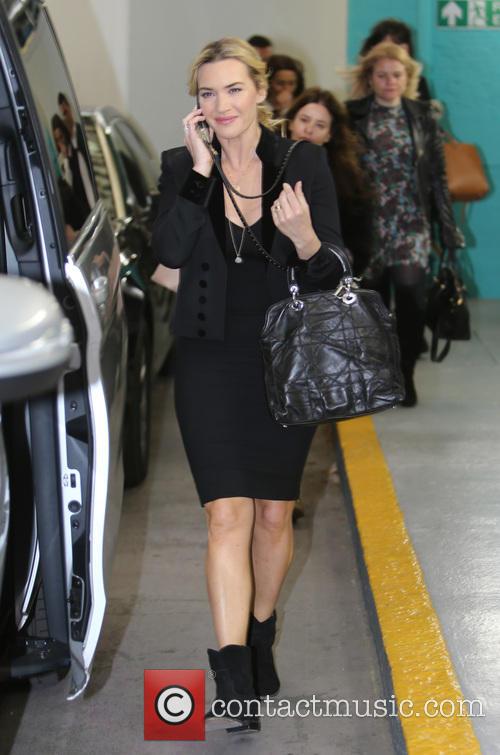 Winslet was speaking to BBC’s Newsbeat on Tuesday (November 10th), promoting her new movie Steve Jobs, in which she stars alongside Michael Fassbender as the Apple tech guru’s colleague Joanna Hoffman.

“I don't think that's a very nice conversation to have publically at all,” admits Kate, when asked what she thought about Lawrence’s piece. “I'm quite surprised by these conversations to be honest, simply because it seems quite a strange thing to be discussing out in the open like that. I am a very lucky woman and I'm quite happy with how things are ticking along.”

She added that it would be “dangerous” for her to comment on what other people have had to say on the issue. On her own success, which has amassed her a reported personal worth of £60 million, she simply said: “I am a very lucky woman and I'm quite happy with how things are ticking along.”

Lawrence’s essay appeared last month on Lena Dunham’s newsletter Lenny, in which she admitted that she was “mad” at herself when she discovered how much less she was being paid than her male co-stars.

On the related issue of sexism in the movie industry, she replied that she had not faced such discrimination herself. “Honestly no,” she said, “and if I'd ever been in that situation I would have either dealt with it or removed myself from it. I find all this quite uncomfortable. I haven't ever felt that I've really had to stick up for myself just because I'm a woman.”