The actress spoke out about him at the London Film Critics' Circle Awards.

Kate Winslet remains one of the most down-to-earth British actresses ever, and proved as much in her hilarious tribute to friend and colleague Alan Rickman at the London Film Critics' Circle Awards, where she landed the best supporting actress prize for her role in 'Steve Jobs'. 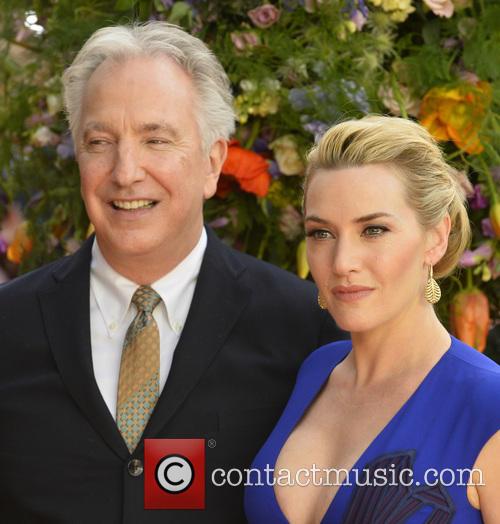 Kate Winslet and Alan Rickman worked together more than once

The actress seemed especially emotional when she went to collect her award, first asking the audience to stand and applaud in honour of Rickman, with whom she starred on 2014's 'A Little Chaos' which he also directed. She first worked with him, however, on 1995's 'Sense and Sensibility' where she played Marianne Dashwood.

'It's a funny time to be nominated for things and accepting prizes, when people as great as him have left us', she said in her acceptance speech, her voice trembling with emotion. 'I don't want to leave you on a sad note so I'm going to tell a funny story about Alan if I can.'

She's been open before about her initial fear of her formidable looking and sounding co-star, and re-iterated that fact in her story. 'I was only 19-years-old, I was absolutely terrified on day one and I remember him looking at me and I remember feeling so small, smaller than I'd ever felt before in my life.'

Never ashamed to poke fun at herself from time to time, Winslet recalled an awkward moment during filming 'Sense and Sensibility' where she struggled with a slight wardrobe malfunction. 'After a few weeks of getting to know him and realising just how wonderful and warm he really was, I was standing there in my costume on 'Sense and Sensibility' and my knickers had gone up my bum', she explained with a little laugh. 'When you're trying to flick your knickers out of your arse and you're wearing a corset it's actually quite tricky.'

She revealed that Emma Thompson had been with her at the time, but she wasn't aware that Rickman was in the vicinity. 'I said, 'Oh f***, my f***ing knickers have gone up my arse' and Al just said, 'Ah. Feminine mystique strikes again.''

Alan Rickman passed away from pancreatic cancer on January 14th 2016, leaving behind his wife and partner of 50 years, Rima Horton.