Kate Upton got a DJ lesson from Tiesto during a night out at New York club Provocateur last Friday (06.09.13). 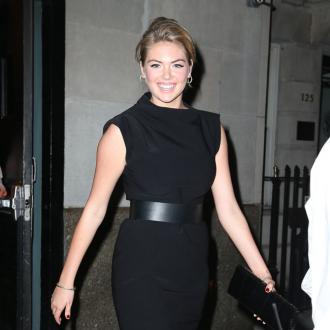 Kate Upton got a DJ lesson from Tiesto at the weekend.

The blonde model was partying at New York nightclub Provocateur, located in the city's Meatpacking District, on Friday night (06.09.13) when she decided to spin some tracks with the Dutch star.

When it was Tiesto's turn to take over the decks, Kate was ushered through the crowd by security to join him in the DJ booth where she spent her time watching him work and taking photos.

A source told the New York Post newspaper: ''She spent most of her time in the booth getting tips from Tiesto and taking photos.''

Kate's rumoured boyfriend Maksim Chmerkovskiy - a professional Latin ballroom dancer who appears on 'Dancing with the Stars' - wasn't at the club but there were a number of other stars partying the night away.

Leonardo Dicaprio was seen watching Tiesto while sipping drinks, and Amanda Seyfried and her boyfriend Justin Long danced to the music maestro's tracks.

Kate, 21, has been romantically linked to Maksim, 33, since June.

The Sports Illustrated model is currently shooting her first major film role in the city alongside Cameron Diaz and Leslie Mann in 'The Other Woman'.