Kate Upton and Justin Verlander were spotted together at a recent hockey game, sparking speculation they have rekindled their romance. 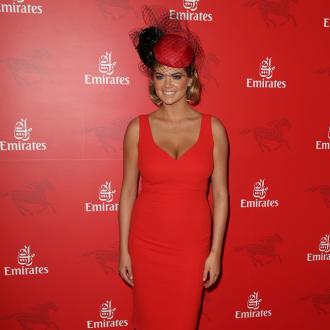 Kate Upton and Justin Verlander may be headed for a reunion.

The curvaceous model sparked speculation she has rekindled her romance with the professional baseball pitcher after a fan spotted the pair sitting comfortably together while watching a Philadelphia Flyers versus Tampa Bay Lightning hockey game on Saturday (11.01.14).

The eagle-eyed fan later confirmed the sighting by posting a photograph of the pair onto Twitter with the caption: ''Kate Upton and Justin Verlander at the flyers game in the box seats next to ours. (sic)''

Kate reportedly began dating Justin,30, after they enjoyed a romantic holiday in the Caribbean last year, but the blonde beauty insisted she was single just a month later.

The rift between the pair took a turn for the worse last June, as the 21-year-old beauty seemingly insulted the Detroit Tigers star by sending a birthday tweet to his pal - and former baseball player- Frank Viola III with a snide reference to her ex.

She posted the birthday message with a picture to her Instagram which read: ''Happy birthday to a friend of a friend who I now like more than the original friend.''