The South coast met South Yorkshire, as Barnsley Nightingale, Kate Rusby graced the King's Theatre in Southsea. On the spring tour of her Life in a Paper Boat album, she treated us to a rich, textured folk sound, often electrified and augmented with the well-deployed synthesiser that signified a more experimental sound on the recent album. She was flanked by her impressive four-strong band, led by her husband, Damien O'Kane, on guitar. 2017 is both the 20th anniversary of her first solo album and of her 25th year as a touring musician, so the show also had a celebratory, retrospective focus. When you've released fourteen albums, 'More albums than Madonna and not a cone in sight', choosing a set list must be tricky, but old favourites like, "Underneath the Stars" and track one from album one, "Sir Eglamore" were dusted off and gloriously showcased. 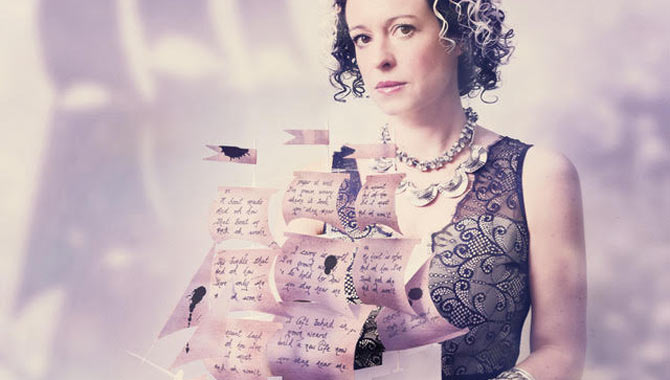 She put on a proper show, in two halves, without support, beginning with "Benjamin Bowmaneer", the tale of a tailor with tremendous reactions who manages to stab a fly with a pin, through the fly's ear (perhaps where Bruce Lee got the inspiration for his skills from). The audience reflected her wide appeal, ranging from silver-topped folky folks to the two ten-year-olds whose day she must have made when she name-checked them near the end. As is the folk tradition, the atmosphere was communal and inclusive, the audience treated to stories of the Easter tradition of 'pace egging' (which clearly hadn't made it to Southsea - pace egging, that is, not Easter) and Kate's reflections on motherhood, particularly the prospect of her young daughters dealing with suitors in the future, before she sang "The Ardent Shepherdess."

Hampshire-dwellers were treated to a masterclass in dialect, with 'maungy' and 'nesh' put to excellent use, and 'mardy' possibly needing to be googled by some afterwards, but that's one of the most endearing things about Kate Rusby's act: you know that you're getting 100% her, with no unnecessary dilution, compromise or affectation. Not only does her show feel homely, but it is home-grown, with husband at her side, brother on the sound desk and even her nephew on the merch stand.

Kate's steely-soft vocals were, ultimately, what we went to hear and they didn't disappoint. Often eyes closed with intense focus, especially in the more emotive songs, lines were delivered with gentle force. "Who Will Sing Me Lullabies?" was a tear-jerker, coupled with the tragic back story of Scottish musician Davy Steele's early death in 2001, leaving a young baby fatherless. Most of the time, she was a hoot in between songs, bubbling with infectious vitality and a steady stream of impish mirth, talking about the online perils of 'Twitface' and playfully dedicating one song to the pedantic naysaying grump on YouTube who questioned the common-sense wisdom and essential optimism of the words to "Only Desire What You Have".

Savvy, sensitive and subtle lyrics displayed her tender humanity. There was heart-rending compassion in Syrian-refugee-inspired "Life in a Paper Boat", melancholic unrequited love in "Hunter Moon" and utter joy in the exploits of "Big Brave Bill", the Yorkshire superhero she invented for her daughters (who looks quite like Richard Hawley, I reckon), saving all manner of people, including 'Old Mrs Dobbins, from down the Dearneside' from the abject despair of an substandard cuppa in a Majorcan cafe, UHT milk and all. If you've never realised that your ears can smile, have a listen to Kate Rusby.

Kate Rusby performing Underneath The Stars in 2005 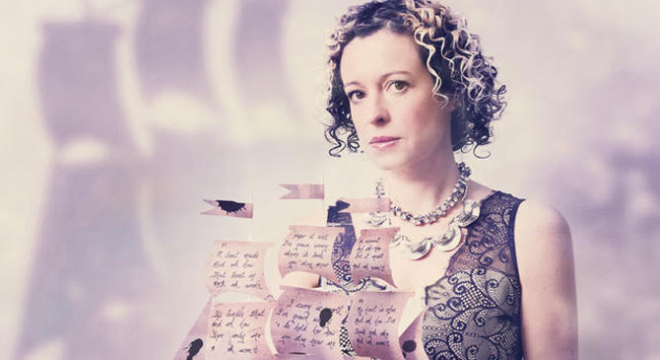