The Rolling Stones celebrated their triumphant Glastonbury gig with a star-studded after-party with A-list guests such as Kate Moss, Chris Martin and Jarvis Cocker. 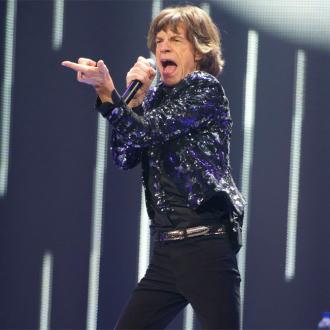 The Rolling Stones threw a star-studded after-party to celebrate their Glastonbury gig.

The rockers booked 20 rooms at the Babington House hotel in Somerset, South West England, and invited a group of famous friends, including Kate Moss, Coldplay singer Chris Martin and Pulp star Jarvis Cocker, to party with them after they wowed over 100,000 fans as they headlined the Pyramid Stage on Saturday night (29.06.13).

A source told the Daily Mirror newspaper: ''It was incredible, The Stones have still got it on stage and off. They celebrated long into the night. Everyone was on a huge high.''

The band - which includes Keith Richards, Ronnie Wood and Charlie Watts - took to the stage for over two hours as they made their long-awaited debut at the music event on Worthy Farm, kicking off their historic set with a rendition of 'Jumpin' Jack Flash' before ripping through a set packed with their biggest hits.

The source added: ''Mick's energy leading that band with such a passion and so much style - he was absolutely amazing. I've never seen anything like it. He was going for it like his life depended on it.''

Festival organiser Michael Eavis was thrilled with the way the weekend went and said The Rolling Stones' performance had made it the ''best festival I have done without a shadow of doubt''.