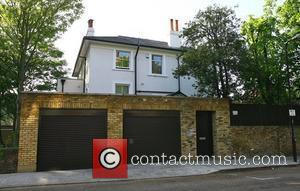 Supermodel Kate Moss is moving out of her London home - after it was flooded and burgled in the space of a week.
The blonde beauty has begun house-hunting after deciding to sell her property in the British capital, where she has lived for several years.
An estimated $150,000 (£100,000) worth of damage was caused earlier this month (May10) when water pipes broke in her basement, destroying furniture, her shoe collection and priceless photographs. Just days earlier, burglars broke in and stole three valuable pieces of artwork.
A source tells Britain's The Sun, "The flood then the burglary has left her shaken and upset. She wants a fresh start.
"The floors are totally bowed in the basement and ground levels and there are builders in there now to get it in a saleable state. The entire kitchen has to be gutted (redone), as well as all the utility rooms downstairs.
"She just can't face any more disruption. She is moving out for the summer while her aides look for a new pad for her."