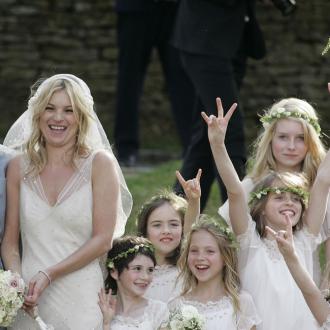 The supermodel's half-sibling Lottie Moss, who turned 16 yesterday (09.01.14), has landed a lucrative contract with the top modelling agency.

The blonde posted a snapshot of her Storm model profile on her Twitter account alongside the caption, ''Wot u sayin'(sic)''.

Lottie - who stands at just 5''5 - can be seen on the agency's 'New Faces' section, striking a pose in a series of black-and-white images, with the page also displaying her vital statistics.

Storm famously scouted Kate Moss at JFK airport in New York when she was just 14 and Lottie now looks set to follow in her superstar sister's footsteps.

The genetically-blessed teen first gained media attention after Kate's 2011 wedding to Jamie Hince, when photos of her as a bridesmaid emerged.

The then-13-year-old was snapped up for a test shoot with Storm Model Management and posed for Andrea Carter Bowman, but has been largely flying under the radar until last night.