Supermodel Kate Moss has joined her ex on holiday in Niagra Falls whilst reports say her marriage to Jamie Hince is over. 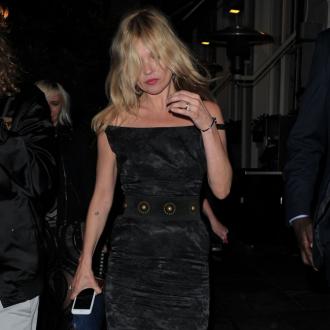 Kate Moss has reportedly sought marriage counselling from her ex-boyfriend.

The 41-year-old supermodel has allegedly split from husband Jamie Hince, 46, and gone on a family holiday to Niagra Falls with former love and her child's father, Jeffereson Hack, 44.

A source said: ''He has been comforting her and helping her through her problems with Jamie.''

Kate and 12-year-old Lila Grace were due to travel with Jamie however they left him behind as they headed for Canada last week with Jefferson - who Kate had a brief romance with in 2003.

The insider said: ''Jamie was supposed to go but Jefferson came instead. He has always got on with Jamie. It gave Kate the perfect opportunity to leave her partying lifestyle to spend quality time with the dad of her child.''

Meanwhile, Jamie's tour with his band The Kills began in Seattle today (25.07.15) but reports suggest that tensions between singer Alison Mosshart and Kate has added pressure to the couple's relationship.

The source told the Daily Mirror: ''Katie was also hoping to go on some of the tour with Jamie but she still has issues getting into the US following her cocaine scandal.

''They have broken up more times than I can remember. At the moment Jamie has effectively moved out.''