Kate Moss and Cara Delevingne have reportedly fallen out because Kate felt Cara should have treated Naomi Campbell with ''more respect'' over an altercation with her. 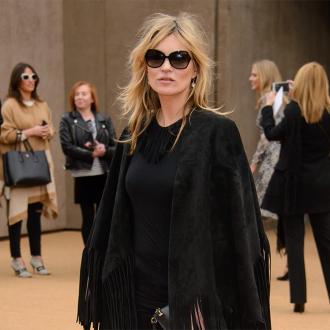 Kate Moss has reportedly fallen out with Cara Delevingne.

The supermodel and 'Paper Towns' actress are not talking because ''Kate has blacklisted Cara'' as she ''wasn't happy'' she clashed with supermodel Naomi Campbell and also because she ended her contract with Storm Models agency, according to source.

A close friend of Kate said: ''Kate has blacklisted Cara now. It's very unfortunate and hopefully might be a temporary thing, but they're definitely not friends at the moment.''

In March, the model-turned-actress and brunette beauty reportedly had a fight because Cara ''disrespected'' their mutual friend Rihanna and now it appears Kate is siding with Naomi and apparently believes ''she [Cara] should have treated her with more respect''.

The source added: ''Kate wasn't happy with Cara's clash with Naomi and felt she should have treated her with more respect.''

However, it's not the only reason for ending their friendship. It's also thought Kate was ''unhappy'' as the 22-year-old left the agency who founded both of their careers.

The close source told The Sun newspaper:''Kate is also unhappy with Cara about ditching Storm. Kate has remained loyal to Storm throughout her career and thought Cara should, too. It's not that Kate disagrees with Cara wanting to be a movie star -- she was always incredibly supportive and positive about that -- but she's annoyed with some of Cara's behaviour.''